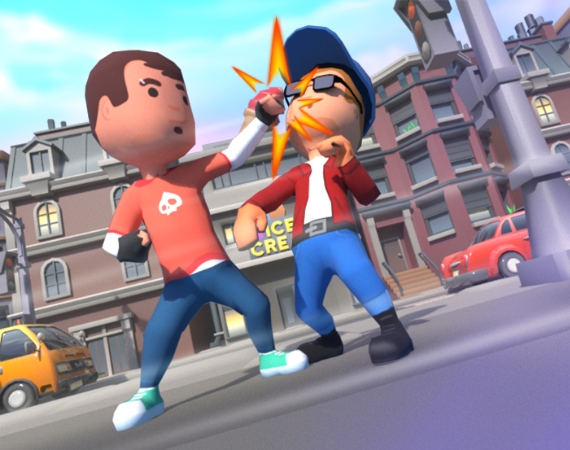 The dynamic increase in the Group’s revenues is the result of both the development and optimization of the existing game portfolio (including Darts Clubs, Tanks A Lot!) and the premiere of new titles (including Idle Coffee Corp). At this time, at the level of operating and net result, BoomBit achieved a loss, primarily caused by a limited number of new games, whit a significant increase in expenses on User Acquisition, which translates into an increase in revenues in the long run. In addition, rev share costs increased significantly in line with higher revenues from GaaS games. The Group also made a significant financial and organizational effort related to the IPO.

– The games we release are constantly optimized and scaled. We see the potential for further increase in monetization and the number of users, and consequently also revenues. Our goal is to have a portfolio of games that will earn in the long term, so we make every effort to ensure that the games were the best quality at the time of directing them to a wide audience. – says Marcin Olejarz, President of BoomBit.

In the first half of 2019, the company worked intensively on preparation and realization of the public offering, which culminated in its debut on the WSE on May 14 this year. The value of the offer was PLN 35.1 million, and the company received PLN 23.2 million.

– Thanks to the funds obtained from the issue of shares, we conduct development works on subsequent games in the GaaS model and carry out intensified activities in the area of user acquisition. This brings positive effects in the form of systematically growing revenues. We are very pleased with how our GaaS games perform. We are working on subsequent titles, and in addition we are talking to external studios about the release of their games in this formula. We expect this to increase our revenue base in the coming months, which will translate into our financial results. – adds Hannibal Soares, Vice President of BoomBit.

In August, BoomBit achieved the highest ever monthly revenues in the amount of PLN 5.5 million, which was the result of, among others, record revenue from Darts Club. In addition, the agreement with ByteDance (TikTok) signed in July for the distribution of Idle Coffee Corp gives the company the basis for further growth on the difficult Chinese market.

The BoomBit Group is also MoonDrip (a joint venture project with the Chinese Habby, publisher of the Archero game) and SuperScale, which specializes in optimizing and scaling games. SuperScale experts have unique experience and tools to improve the mechanisms of monetization, user acquisition, conducting LiveOps and the use of Business Intelligence, and consequently an increase in revenue from games. SuperScale supports the titles published by BoomBit and provides services to other, globally recognized mobile game producers. The results of these projects may soon have a positive impact on the results of BoomBit.