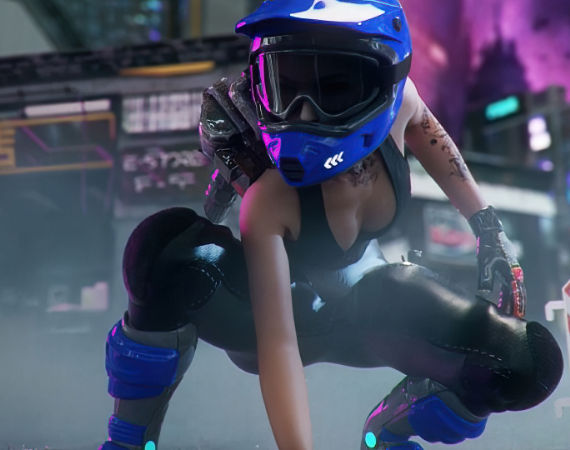 The most important events in the first six months of this year were record revenue from games, consistent development of our portfolio, and new initiatives in which we have become very involved and which, in the future, are to be a significant addition to the current activity of the BoomBit Group. In H1 2022, the revenue from games of the BoomBit Group increased by 15% to $34.6M. Adjusted net profit amounted to $1.2M and was lower compared to $ 2.6M in the previous year. It was influenced by, among others, intensive activities and expenses related to the new segment of our business, Play and Earn, which burdened the result for 1H 2022 at approx. $0.7M. We are currently running two independent projects that are implemented by our special purpose vehicles located in the UAE. We have high hopes for them - we are convinced that blockchain will be an important element of the gaming industry in the future.

Our financial situation is very good. We generate positive cash flow, and cash balance is also growing, which at the end of June amounted to approx. $8.7M. This allowed us to pay a dividend in July in the total amount of $2.8M, i.e., over 86% of our standalone profit for 2021. We intend to consistently develop the BoomBit Group, which we look at in the long term. Thanks to a good financial situation, we can invest in new areas of activity, such as BoomPick or Play and Earn, which, in the future, will translate into further diversification of the business and supplementing it with long-term initiatives,” adds Marcin Olejarz.

The revenue from BoomBit Group amounted to $34.6M and was 15% higher than last year. The main drivers of this growth were Mid-Core games, revenue of which increased by over 100%. The two main games in this segment, Hunt Royale and Darts Club, were the best titles in the first half of 2022, earning a total of $11.7M. Revenues from Hyper-Casual games were similar to last year’s level and accounted for 55% of all revenues of the BoomBit Group. This year, the portfolio was supplemented with, among others, such titles as Dog Life Simulator, Cargo Parking, Hyper Survive 3D, and Try to Fly. Crazy Plane Landing and Car Driving School Simulator, released in a previous year, remain among the highest-earning titles. More Mid-Core, Casual, and Hyper-Casual games are under preparation. The Group is also constantly working on updates and marketing of the most promising games from the current portfolio.

In 1H 2022, EBITDA amounted to $2.8M and was lower by 43% compared to $4.9M in the corresponding period of 2021. Adjusted net profit, which amounted to $1.2M, was lower compared to $2.6M in the previous year. The BoomBit Group continues to work intensively on Play and Earn projects based on blockchain technology. Due to the growing importance and high potential of this activity, the company began to show a division into operating segments and add a new segment of activity – Play and Earn projects in addition to the core activity including Mobile Games. The total amount of related expenses in the first half of 2022 amounted to $1M, of which around $0.7M was recognized in the profit and loss account.

Compared to the results from the previous year, the Mobile Games segment includes the internal production and publishing of mobile games, external publishing for which BoomHits is responsible, and Joint Ventures companies. Currently, the BoomBit Group has four JVs: TapNice, SkyLoft, PlayEmber, and BoomPick, which was established in February 2022 in cooperation with the Polish studio Cherrypick Games.

The cash balance at the end of June 2022 was $8.7M, which is 6% more than at the end of 2021 and 17% more y/y. Due to a stable financial situation and good prospects, the management board proposed a dividend payment for 2021 in the amount of $2.8M, which is over 86% of the standalone net profit for 2021. After obtaining the consent of the General Meeting, dividend was paid to the shareholders in July 2022. The total dividend amount includes a $0.8M dividend advance that was paid in November 2021.

*Including revenue from soft launch, which according to the Group’s accounting policy are capitalised as development costs.