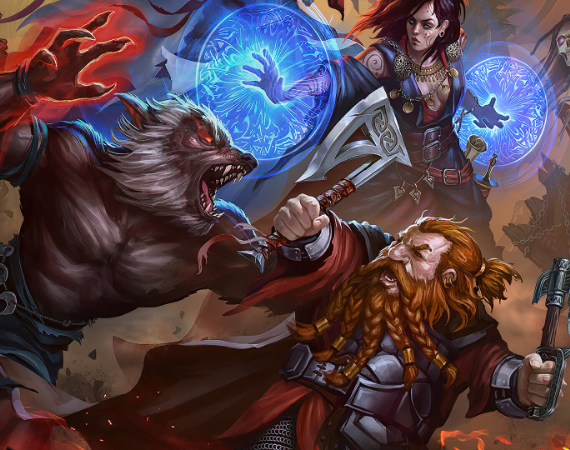 The game’s action centers on duels between players. In each duel the players throw down cards to cast spells and summon various characters and creatures, with the ultimate goal of reducing their opponent’s health to zero. The road to victory requires prediction skills, strategy, and the ability to build winning decks. President of the Management Board of BoomBit S.A., Marcin Olejarz, describes the game in more detail:

Mighty Heroes is brimming with beautifully made content. Hand-drawn graphics on 180 cards present fantastic beasts, powerful spells and amazing action, while each of the ten heroes is endowed with their own personality, thanks to professionally recorded dialogue. Our game combines the most popular and recognizable motifs of fantasy worlds, letting players immediately feel at home in this universe.

The basics of Mighty Heroes are extremely easy to learn thanks to the intuitive mobile interface. From the outset, the seasoned designers who created Mighty Heroes envisioned it as a mobile card game, gearing all the solutions and mechanics to the specifics of this demanding segment. Mighty Heroes thus deftly avoids the traps that card games often fall into when they are transferred to mobile platforms.

Hannibal Soares, Vice President of the Management Board of BoomBit S.A., discusses the popularity of the game:

We had actually planned on releasing Mighty Heroes earlier, but the soft launch phase proved so popular among players that we decided to first translate the game into several additional languages… We hope players around the world will love the hand-drawn world of Mighty Heroes.

The game has been available to users of iOS and Android from August 19, while on August 22 the App Store began featuring Mighty Heroes. The game is available in a free-to-play model.

In April BoomBit held a Public Offering, raising PLN 35.2 million in capital (including the issue of new shares in the amount of PLN 24.7 million). BoomBit debuted on the WSE main market on May 14 this year.