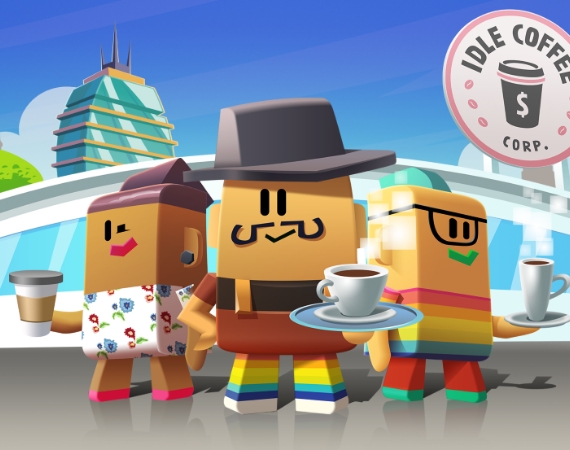 In both of the stores mentioned above the game has been “featured,” meaning it’s among the most promoted and recommended games, confirming its high quality and attractiveness to players. Idle Coffee Corp also reached the TOP-10 list of mobile games in a dozen countries, and in the United States it won 1st place in strategic mobile games.

Idle Coffee Corp is an idle game in the GaaS model, in which players build their cafes into real coffee empires. To succeed, players must consistently develop their coffee-serving stations, conduct research on more interesting blends of coffee, as well as gather collector cards that affect such elements as price and speed of serving.

In Idle Coffee Corp you can run cafes in New York, Berlin and below the sea in Atlantis. Each of the cafes has its own graphic style and a set of collector cards. One of the most interesting and important elements of the game is increasing the business’ prestige, which allows you to restart the cafe with a better income multiplier or superlative baristas. Maintaining a balance between developing positions, optimizing revenues and conducting research on new types of coffee is key to unlocking new elements of the game and developing a café empire. The game is available to users of iOS and Android in the free-to-play formula.

Idle Coffee Corp is one of the many games in the GaaS model that BoomBit plans to release by the end of the year. In this model the game is constantly updated in order to extend its life cycle and maximize its monetization potential.