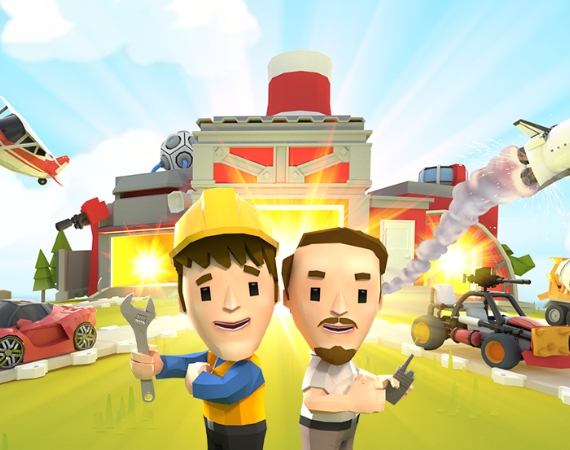 “Idle Inventor – Factory Tycoon” gives players the opportunity to run their own factories, creating vehicles of various types, shapes and sizes. From cars, through airplanes, military vehicles, and even space rockets, there’s plenty of variety to discover.

The development team spent over a year polishing the game and finding the perfect balance that makes it enjoyable both in short bursts and longer stretches. A lot of thought was put into the longevity of the title. The aim was to create a game that people can keep coming back to and always find something interesting and engaging.

What also separates “Idle Inventor – Factory Tycoon” from many games in this genre are carefully crafted, detailed graphics. Players can get close and inspect the vehicles their factories produce, adding to the sense of ownership of their virtual business.

“Idle Inventor – Factory Tycoon” is available on iOS and Android now. The game has been featured in the “New Games” section of the Google Play Store in over 150 countries, including the United States, UK, Canada, Germany, and France. It has also earned its place on the “New Games we Love” section of the App Store in over 30 countries, among them the UK, Canada, Germany, Italy, and Spain.

Idle Inventor on the App Store